He said to them, “Why are you sleeping? Get up and pray that you will not fall into temptation.”

Jesus was still speaking when a crowd arrived, led by Judas, one of the twelve disciples. He came up to Jesus to kiss him. But Jesus said, “Judas, is it with a kiss that you betray the Son of Man?”

When the disciples who were with Jesus saw what was going to happen, they asked, “Shall we use our swords, Lord?” And one of them struck the High Priest’s slave and cut off his right ear.

But Jesus said, “Enough of this!” He touched the man’s ear and healed him.

Then Jesus said to the chief priests and the officers of the Temple guard and the elders who had come there to get him, “Did you have to come with swords and clubs, as though I were an outlaw? I was with you in the Temple every day, and you did not try to arrest me. But this is your hour to act, when the power of darkness rules.” Luke 22:46-53 GNT

So Jesus is in the middle of waking up his disciples, again, 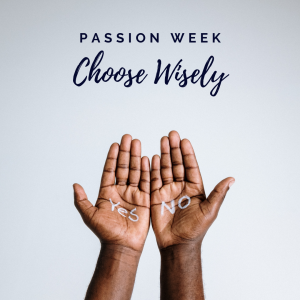 when this posse rolls up where He’s been praying.

While they are still trying to get the crust out of their eyes, Judas, a guy that has seen Jesus up close and personal, gives him the air kiss greeting that’s common between people who are close. Jesus is like, “You gon’ sell me out with a kiss dude? Wow.”

The disciples finally realize what’s happening and ask Jesus if they should use their swords. One impulsive sleeping beauty grabs his sword before Jesus can answer and slices off the ear of a servant. (This dude doesn’t even have the choice not to be there!) Jesus shouts, “Cut it out!”, puts the guy’s ear back on, and goes back to dealing with the reason He’s there in the first place.

He asks the mob,” Am I on Jerusalem’s most wanted list? You got a lot of weapons to arrest a guy you see every day. You could have scooped me up any time, but doing this in secret fits your MO.”

The story of Jesus’ arrest is a puzzling one. At first glance, I had a mountain of questions instead of insights.

Why would Judas choose the most intimate greeting, a kiss, as a sign of betrayal?

Why did the religious leaders even need Judas to identify Jesus? Don’t they see him every day?

Why do the disciples ask if they should fight after Jesus told them to bring swords?

Why did He get annoyed with the one guy who used his sword to try and defend him?

There are actually more, but you get the idea. I have some educated guesses on a couple, but I think the scripture gives us the best answers in two verses.

In Luke 22:46, we see Jesus waking the disciples up for a second time from their assignment: to pray.

“Get up and pray so that you will not fall into temptation.”

Could it be that one of the biggest culprits in all of this lazy, cowardly, inappropriate behavior is a lack of prayer? We each are “tempted by our own desires “, which explains why the results are all over the place, but if we ask God for wisdom in prayer, He will surely give it to us. This is why Jesus instructed them to pray. If they had, they would have known the right thing to do.

In Luke 22:53b, Jesus lets us know that this is “the hour that darkness rules”. One of the ways I was taught to think about the Devil is that he wants the opposite of whatever God wants. Normally a kiss would be a sign of endearment, but here it is a sign of betrayal. Priests and elders are called to lead people into the light, but in the garden they are hiding their actions in the dark. Their choice to try and guard their own interests (“desires”), made them agents of darkness instead of light.

So is there any good news to be found here? Of course! If there is an hour that darkness rules, there will come a time that illumination rules and drives back the dark. The question is, are you an agent of light or dark? The best way to be sure is to ask God for wisdom.

But if any of you lack wisdom, you should pray to God, who will give it to you; because God gives generously and graciously to all. James 1:5 GNT