A Name is Everything

Then the Lord God said, “It is not good for the man to be alone. I will make a helper who is just right for him.” So the Lord God formed from the ground all the wild animals and all the birds of the sky. He brought them to the man to see what he would call them, and the man chose a name for each one. He gave names to all the livestock, all the birds of the sky, and all the wild animals. But still there was no helper just right for him.

So the Lord God caused the man to fall into a deep sleep. While the man slept, the Lord God took out one of the man’s ribs and closed up the opening. Then the Lord God made a woman from the rib, and he brought her to the man.

“At last!” the man exclaimed.

“This one is bone from my bone,
and flesh from my flesh!
She will be called ‘woman,’
because she was taken from ‘man.’”

This explains why a man leaves his father and mother and is joined to his wife, and the two are united into one.

Now the man and his wife were both naked, but they felt no shame.
Genesis 2:18-25 NLT 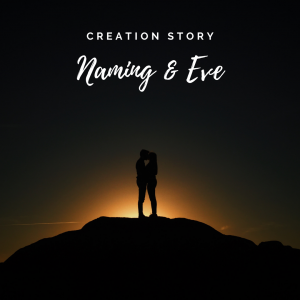 Imagine you’re at a Superbowl game, pre-COVID-19. The stadium is crowded, and you’re on the winning side. People are loud; there’s music, talking, cheering, and a lot of the other things people do at a game. Even though it’s faint, you hear someone call your name. They did not say “Hey you!” or “Hey, what’s your name?” but they called YOUR name.

Naming was an Act of Creation.

Genesis 1:1 says that “in the beginning God” and around verse 5 we see where God called things into existence;

God called the light “day,” and the darkness he called “night.” And there was evening, and there was morning—the first day. v5

Choosing a name is a Privilege.

God gave Adam an assignment: give names to all the livestock and to the birds of the air and to every
beast of the field and to the woman.

So the Lord God formed out of the ground every animal of the field and every bird of the air, and brought them to Adam to see what he would call them; v.19

Then Adam said, this is now bone of my bones and flesh of my flesh; she shall be called Woman, because she was taken out of a man. v.23

What is one thing new parents do when they find out they’re expecting a bundle of joy? They choose names.

A name has Consequences.

“…whatever Adam named the living creature, [and the woman,] that was its name” v.19 AMPC

A name identifies, is vital, and has meaning. It can be either good or bad. It takes time and requires concentration, and, even though it’s often used almost unintentionally, it’s a powerful act and should be taken seriously.

If we choose a name too early, we force the person or thing to suit the name, causing it to develop prematurely and cutting off its growth.

All names are not equal, so choose wisely.